In early November, the sculptures of Major League Baseball pitcher Walter Johnson and Washington Post sportswriter Shirley Povich, were unveiled at Shirley Povich Field in Rockville, MD.  Titled Shirley & Walter, the life-size bronzes of the two friends engaged in conversation was created by NSS Elected Member, Toby Mendez. On hand for the unveiling were Walter Johnson’s grandson, Hank Thomas, as well as television personality, Maury Povich.  “I thought it was very moving to see both the Johnson and Povich families all together,” said Mendez. “It was moving to hear Maury talk about his father and [Hank Thomas] talk about his grandfather, [Johnson], and how they related to one another.” 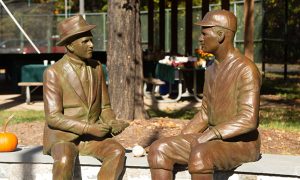 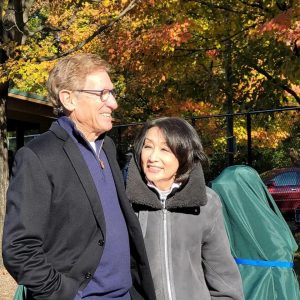 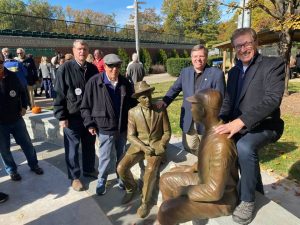